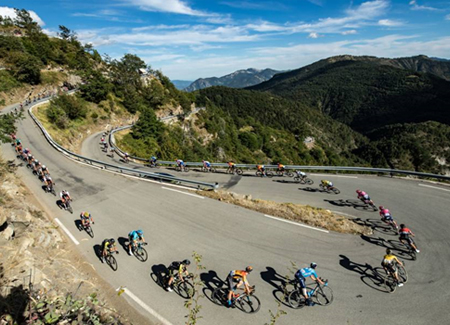 The tour de France has seen the youngest ever winner, Tadej Pogacar at 21 years old.

2nd place rider Primoz Roglic for Jumbo Visma had a shocker of a ride on the penultimate stage which was a time trial up “La Planche des Belles Filles”.  Roglic, who is one of the best time trials of his generation, was beaten by the 21 year old by some 2 minutes.

Many have raised eye brows over the performance of the young Tadej as not only did he win the time trial to steal the yellow jersey off the back of Roglic but he also broke the record up the mountain by some 40 seconds the last time the Pelton came up and past this mountain.

I was pleased to see Richie Porte take 3rd place with a fantastic TT on the penultimate stage, as he has been so unlucky in many years of trying with some awful crashes and injuries.  Now at 35 years old I am glad he is finally made it onto the podium. He was destined for great things and has superseded as his past job title of super domestique for Chris Froome in 2013 and 2015 tour editions.

The past two Tour winners, Pogacar and Egan Bernal, have been among the youngest in history.  Some people seem to think this is the new era, I do not.  However I’m perhaps sceptical due to what I have seen during my career and think there’s possibly a darker side to all of this that one day we may know or not.

Physiologically I believe the human body need to develop, both in stamina and in strength, to be able to sustain the brutal punishment of a three week race.

Let’s see how the Giro de Italia and Vuelta a Espana play out over the coming month.

It will be all very exciting to see!

Are you ready to make a change?

Why Your Diets Not Working

Download our Free PDF that will help you change your diet so it works for you.